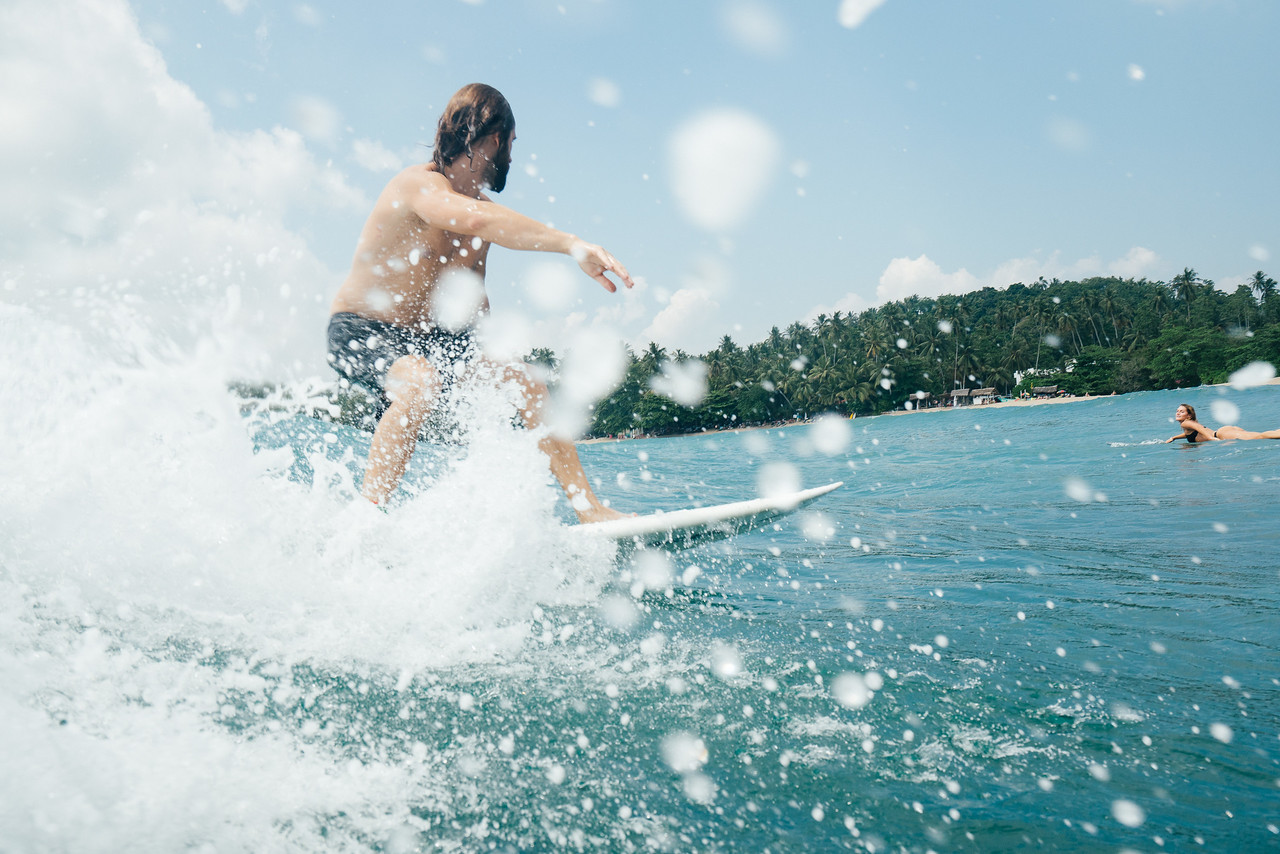 If you haven’t met the boys from Soda/Lime, you’re in for a real treat. From creative to techy, this dynamic duo has the balance on teamwork down to a T. If you haven’t seen the first video edit they did for Sunshinestories, check it out here. We were happy to have them here a second time, producing a couple videos for Ceylon Sliders and Sunshinestories. Their stay and video production was quite the creative mashup, featuring Nina Brooke, an artist from the UK participating in our artist residency. We hosted an art exhibition featuring her work, and if you missed it, you can relive some of the moments on our blog. To get a taste of what it’s like here, see what availability we have and book a room. But if you can’t make it to Sri Lanka just yet, get to know Linus and Tomas from Soda/Lime here: 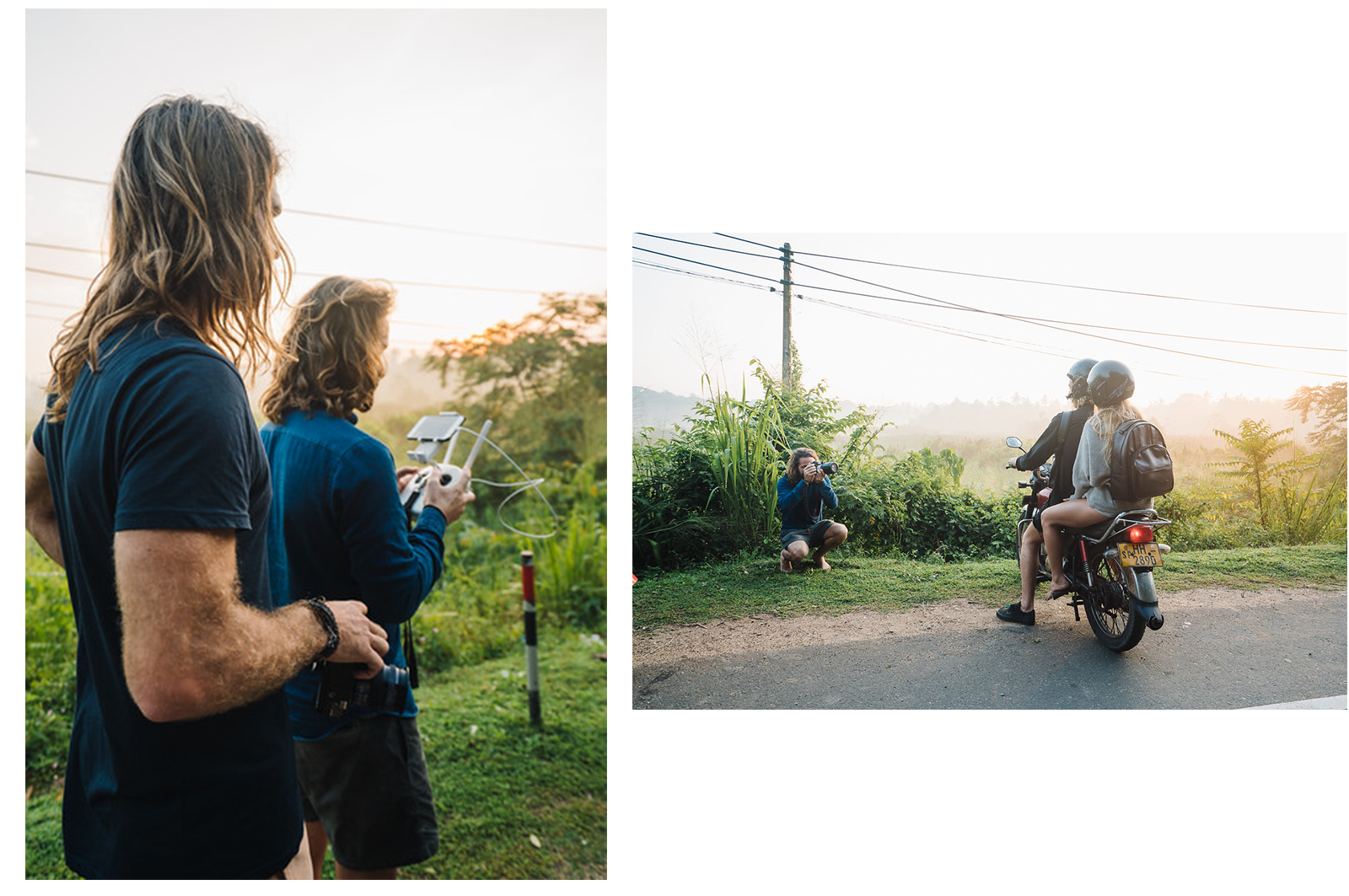 L: We started Soda/Lime officially 3 years ago, but prior to that Tomas and I had been working on a project called Fikapojkarna 7 years ago making surf films. We realized it was fun and we could live a pretty good life doing it. At the beginning it just involved living for free in exchange for making cool edits of all the places we went. Then it grew.

Going even further back, we met on a boat trip where I accidentally pushed him off the boat

T: Oh, let me make it very clear this was no accident. The side of the boat was really narrow and when you pass each other, it’s always kind of awkward. Right when I was passing him he went flat against the wall and then knocked me straight off. It was early in the morning and I wasn’t really awake yet and I found myself kind of waking up underwater. Note – I still owe him for that one. You see, I’m like an economist and I think about compounded interest a lot. Trust me when I say it’s going to add up to something realllyyy nice.

But yes, for Soda/Lime we each took different directions in life and studied separate things. After that, we realized we still liked to film and still wanted to do something together. Then Soda/Lime came about pretty naturally. 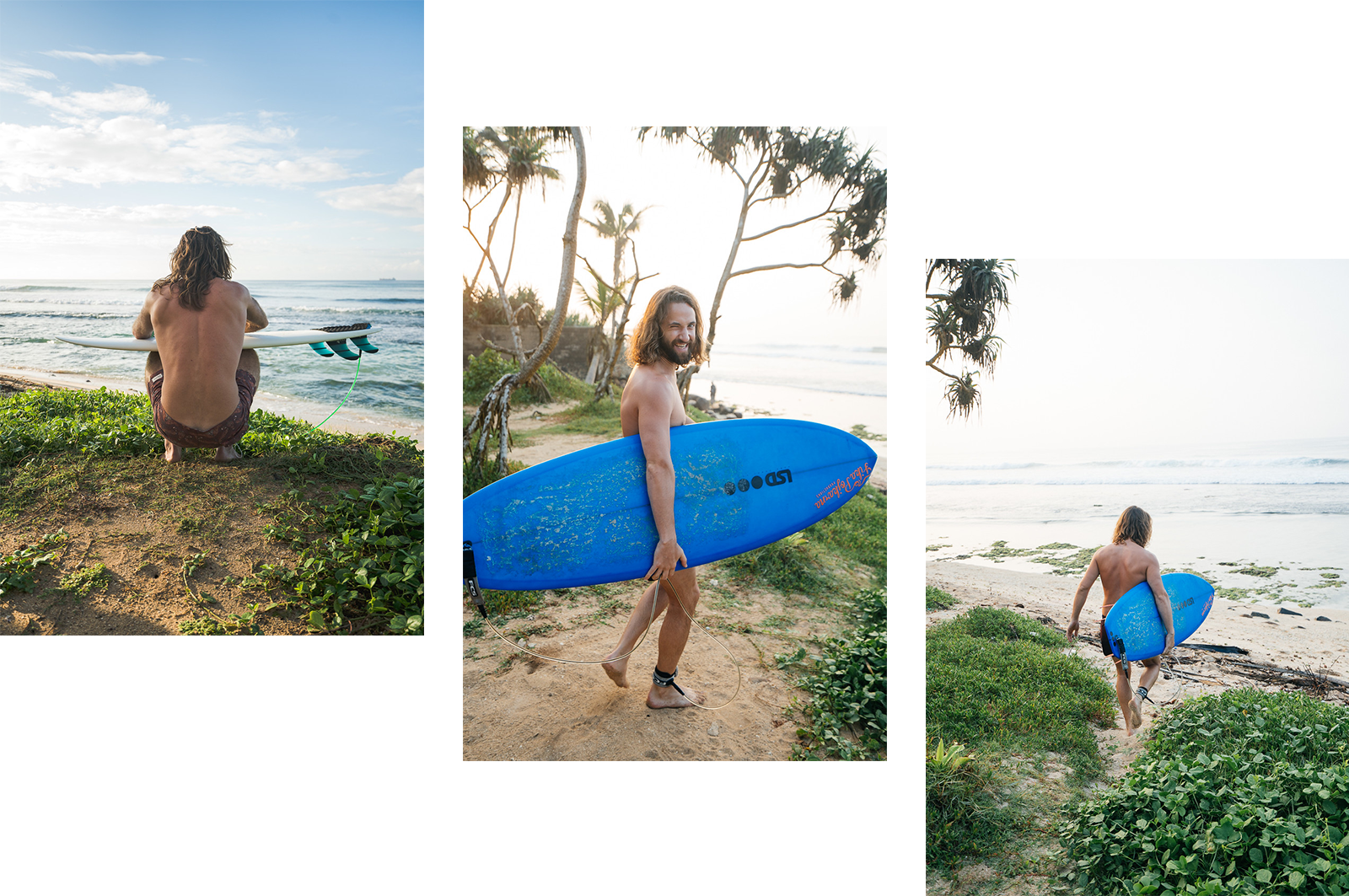 Both: Well… we have two different versions.

T: Okay but one story is more true than others. When we started, we partnered up with a Swedish ski photographer named Daniel Ranbach. We met him in Stockholm, and at the time we all took part in the night life that Stockholm has to offer. We went out a lot. Daniel got drunk too many times, so we started to pour him soda lime drinks after a while, without the alcohol.

T: I like that we get to do so many different things and meet so many different people, seeing all the ways these people live. I mean we’re doing such a contrast of things like high fashion in Paris to water projects in Nicaragua. The spectrum is broad, and sometimes it kind of messes you up, especially when you have those projects back to back. But it challenges you.

I mean we’re doing such a contrast of things like high fashion in Paris to water projects in Nicaragua.

L: – But at the same time it’s still similar. The process is still the same. You still wake up for early sunrises and shoot at sunsets at every location. I guess we’re just sunrise and sunset lovers – #sunsetlovers. When you can plan your time away, you can also make room for some fun things too. For me, I like that my job is a bit of a workcation. There’s always a good mix of work and play.

For me, I like that my job is a bit of a workcation. 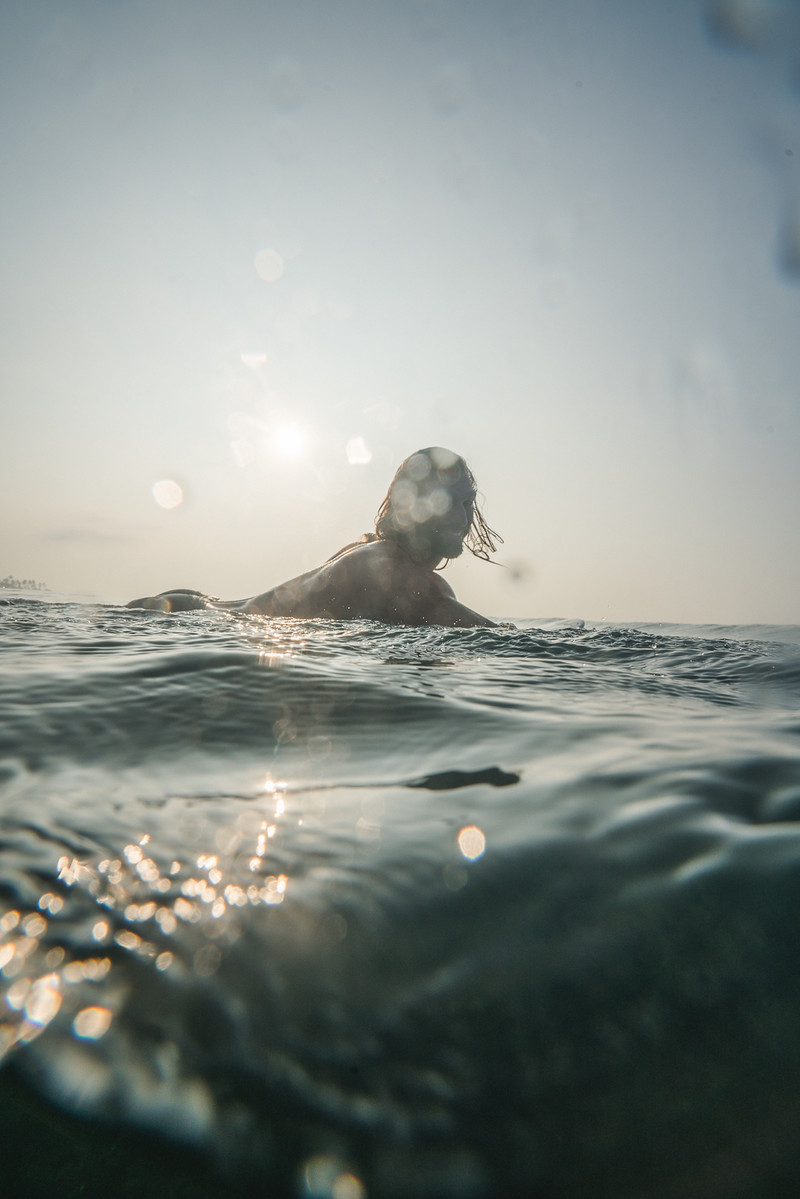 T: I think the other aspect of this is that Soda/Lime got started because we both liked doing photography and filming. It’s that shared love of creating images. It’s amazing to be able to have my work involve creating like that. Especially because it just started as a hobby. Now I can travel around and take pictures and make films, but I also get myself into situations I would have never thought I’d ever be in. You find yourself changing plans a lot and saying yes to spur of the moment opportunities. For example, the high fashion project is something I would have never embarked on my own. But being able to do it is cool, and weird, and wonderful to work with.

You find yourself changing plans a lot and saying yes to spur of the moment opportunities.

T: I was in a media course in high school and I wanted to do something fun. I’ve always had this mentality that if I’m going to invest my time into something, I have to have fun with it. It was way different back then, but some things are still the same. I found myself working in the mountains in Norway and picked up a camera again, starting to shoot snowboarding. This was the second camera I had ever purchased and I noticed it had a video function. I started to play with it and got excited when I realized it actually looked good. I kept filming here and there, and then eventually collided with Linus.

L: I worked at La Pointe which is a surf camp and had a lot of time on my hands. I started to play with video here and there, clipping together different surf edits. Those years when I played with editing is really when I started to learn how to do it. I think it’s important to give yourself room to play with things, it’s my way of learning. Creating Fikapojkarna was great because that was our creative space where we could still play with edits and footage. Soda/Lime is now our more professional side where we the end product is for the client. 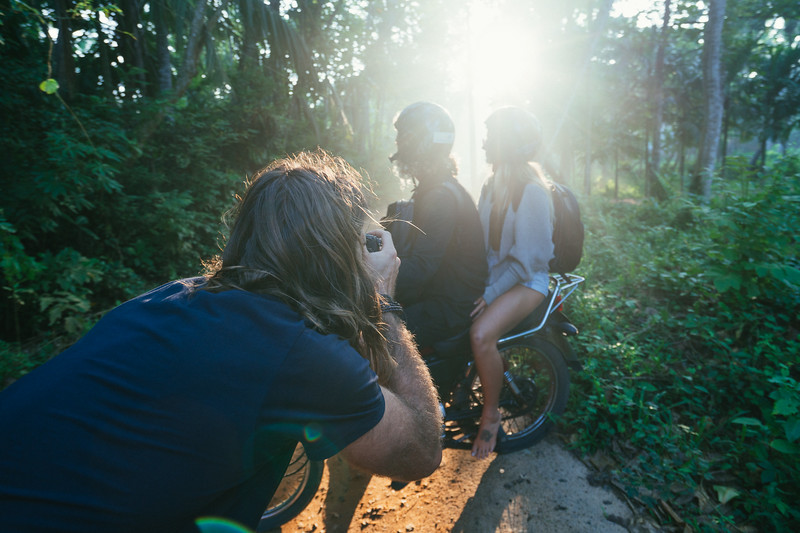 L: I love the one we did for Sunshinestories because we had 3 weeks here to put amazing footage together from Sri Lanka. The good thing about it was we knew what we wanted to shoot, but we also had Petter and Linn there to show us all the good spots to go. They helped set the scene really nicely. That project had a lot of room to be creative in our vision of what we wanted. More recently, filming Burning Man was also a really cool project.

T: I like when we need to step up our game to make something happen. It’s those projects where they ask you if you can do it, and you just say yes. It creates diversity and a challenge, but it’s diversified within a niche. We still have our own way of doing things, but the environment changes.

We still have our own way of doing things, but the environment changes. 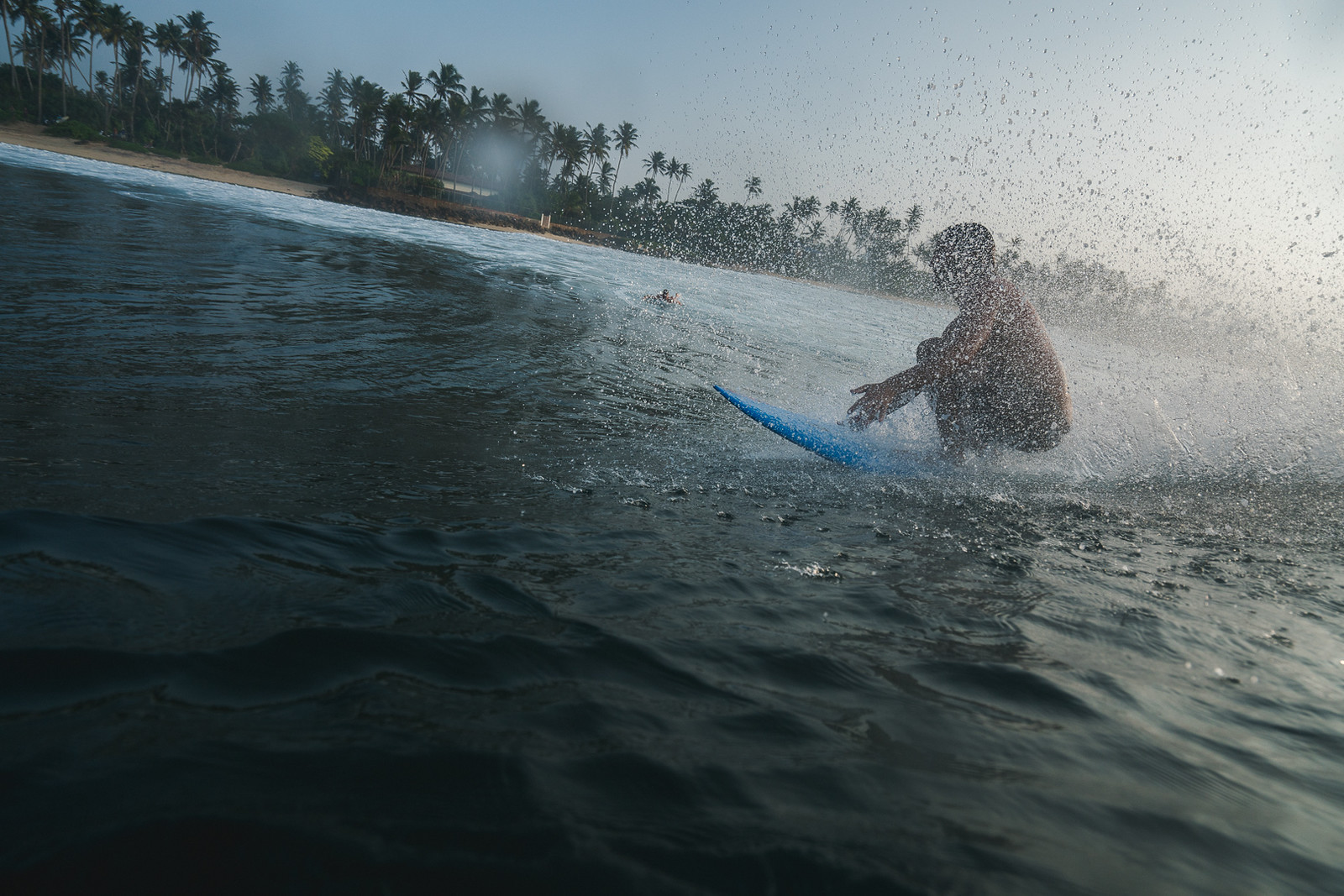 L: The last time we were here I felt that we spent the majority of the time filming. This time, it was more like a workcation, having a bit more time to do both surfing and filming. I had more time to be present here, and had a lot of really amazing moments. We also got to go on many missions to different surf breaks.

T: We’ve had a bunch of really amazing moments. For me, spending the morning in Hiriketiya was amazing. It’s one of the most beautiful places, and to be there hanging out while also filming was a great day. The surf wasn’t stellar, but it was still incredible. And that chocolate banana milkshake was…money. Filming one of the best things about traveling because you get to meet so many cool people in different situations. You get to vibe with different people, and you gather friends in different parts of the world.

Filming one of the best things about traveling because you get to meet so many cool people in different situations. 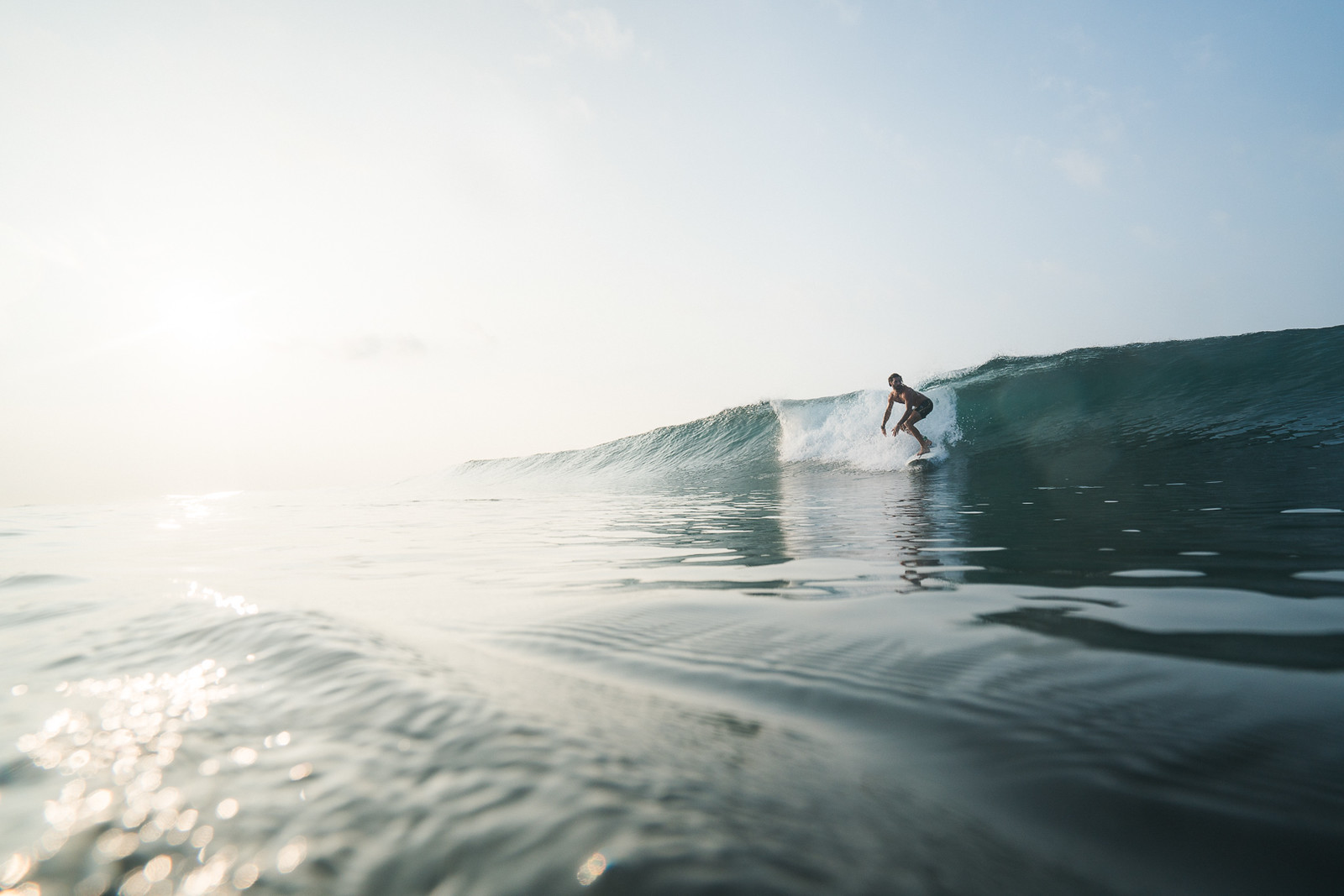